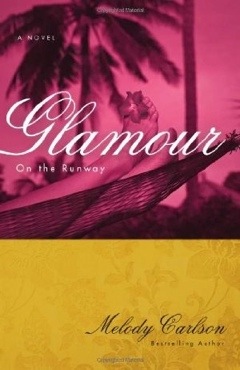 Paige and Erin are back for the fifth installment of the On the Runway series and things are just as crazy as before. Paige’s engagement to Dylan Marceau shocked the fashion world and Runway fans. Even though Paige seems to be happy, Erin can’t but wonder if the engagement is true love or just a desire for attention and publicity. As Paige’s love life takes off, Erin starts to feel pressure from Blake to become more than friends. But she doesn’t know if she’s ready.

Amidst all this, they still have their TV show and all the drama that comes with it. As they prepare for a trip to the Bahamas they realize that paradise isn’t all its cracked up to be storms of different calibers and types. Will they be able to do the right thing in a business that encourages the worst? Or will they crack and put aside their virtue for fame?
——————————

As I’ve mentioned before, Melody Carlson is by far one of my favorite, if not my favorite young adult author. She has a knack for expressing just how teens feel and act. This book is no different. She perfectly expresses how a Christian teen would feel in the spotlight trying to hold on to her values. It’s amazing how accurate her books are.

Romance is still under construction in this book, Paige has a fiancé, their mom is married now, but Erin’s relationship with Blake is still in question. I can’t help but root for that relationship I work out. The author left a question mark on that topic, hopefully it gets worked out in the next book.

One of my favorite parts of this book is the light that the author paints fashion. She basically puts that fashion isn’t wrong, even for Christians. That it’s actually a good way to share your faith and make a difference in the industry. It makes me, and those who read this, rethink any opinions that they have about fashion.

Overall, this the best installment of this series yet. I highly recommend this series for any teen or preteen girl who likes fashion. I give this book a four out of five.

*I received this complimentary copy of this book from Zondervan for this review. All opinions expressed are my own.* 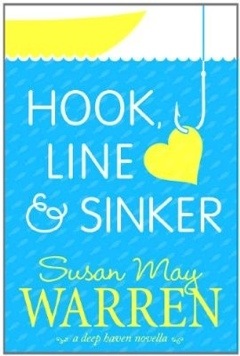 Because of the size of the book, this review won’t be long.

The New Haven annual fishing tournament draws professional an amateur anglers alike to win the money reward, and this year Ross Springer is determined to win the top prize. He needs the money to leave a lasting impression at Bethel College. He had no idea that the scheme would hook Abigail Cushman, the girl who reminds him of all he had and lost every time she looks his way.

Abigail may not know the difference between a bass and a trout but she’s a fast learner and determined to get a win over Ross. The guy she’s been trying to figure out ever since their tragic end years ago.

Will they be able to put aside their differences and fun each other again? Will love spring from tackle and bait or will both be hurt again?
——————————

This book is pretty much what you’d expect from a novella. It’s a really short story that rushes along the romance and storyline. It kind of leaves the reader feeling unfulfilled by the end of the story. This book wasn’t any different.

This story was a quick read. I finished it in two hours and I felt that this book can’t really hold its own. Compared to the Love Inspired novellas this book is a weak light weight. But then again, I don’t think this book was made to have much weight to it. I think it was supposed to be just a fun fast read.

This book was well written in concepts and descriptions, but I felt that the book was a tad bit choppy and off topic at times. Due to the novella factor, character development was scant and on a need to know basis. Leaving a few gaps in the story.

Overall, a fast read, but not one that leaves a lasting impression. Perfect for someone looking for a book to read on the bus or on a long car ride. I give this book a two out of five.

I received this complimentary galley from the publisher and net galley for this review. All opinion expressed are my own. 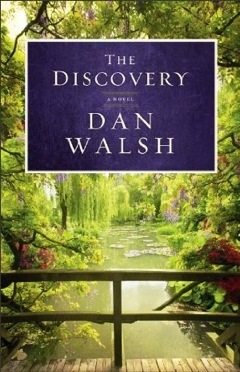 After Michael Warner’s grandfather dies and leaves him his estate, he settles in to write his first novel. Within the confines of the old home is a secret hidden inside an unpublished manuscript that his grandfather left for him to find. As he delves deeper into a story filled with intrigue and spies, Michael discovers something that not only changes the past but the future as well.

Michael finally learns the secrets that have plagued his family for years and has to now decide on what to do with that information.
—————————-

I don’t really know what I was expecting from this story, but what I got wasn’t it at all. This book is suspense and intrigue woven into a gentle historical romance. The takes a while to pick up but once it does, hold on. Your about to go on a gut twisting nail biting adventure that permanently alters your view of WWII.

The book does take a while to pick up though, an that’s a problem for me. Until Michael gets about a quarter of the way through the book, the book really is something I had a hard time getting into. Also, the two story at a time thing is something I was never good at. It’s just something that’s a difficult thing to do for me. I was never a double tasker.

The romance was something that the reader really never got to see. They started dating and then the book continues three months later and they’re now in love. However, you do get to see the sacrifices and choices the characters do for love and that is one of my favorite parts. I still would’ve liked to see the attraction turn into love and not have been dropped in after that development.

One thing I have absolutely no problem with is the suspense and intrigue. The author chose the most suspenseful and interesting topic for a generation long mystery. In the author’s note, Dan Walsh says that it’s all fiction and he was running off of the “what if” of it all. If this is what the author comes up with on just “what if” I wonder what he would do if he had more to go on.

For the sake of mystery, I won’t tell the huge secret that shrouds Michael’s grandfather, but I will tell you that as soon as you find out, it’ll all make sense. All of it. Not a single piece of the life of Gerard Warner is up for question or a mystery. It’s nice to have it all completely wrapped up like this one was.

Overall, I enjoyed this book. It’s no on my favorite shelf but it was a nice read. Those who enjoy WWII based suspense they will enjoy this book. I give this book a three and a half out of five.

I received this complimentary copy of this book in exchange for this review. All opinions expressed are mine own. 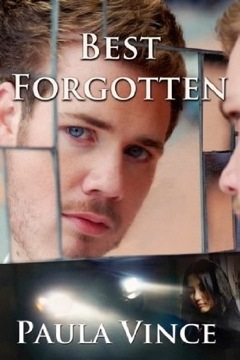 Courtney Lockwood is a man that wakes up after a car accident with no idea who he is or why he darted in front of a car. He has nothing in common with his family and his amnesia covers all areas, including his attitude.

After a total attitude adjustment, his family is baffled by the changes in him. Even Courtney himself is amazed at who he used to be. He is constantly wondering why he was running like a pack of wolves were on his heels, without luck, and it doesn’t help that his girlfriend seems to know more than she’s telling.

Will his memory return or Is he stuck this way? Will he figure out what sent him running before it comes to get him?
——————————

Sorry this took so long. I’m moving on Friday so I’ve been very busy.

I wasn’t expecting a lot from this book, I don’t really know why. However, I was pleasantly surprised by the skill in Paula Vince. She made an interesting romance slash suspense slash amnesia tale. The combo of the sense of doom he feels along with the romance feel makes it a book that makes an impression. Will it make a lasting impression? We’ll see, but it was an enjoyable book.

I really liked the amnesia part of the story. I loved how his whole attitude a full one eighty and makes his family confused and praying that he doesn’t change back. I liked it because I kinda assumed that amnesia blocks your memory not changes your attitude but it makes sense how that would happen. Courtney’s amnesia changes not only his life but the lives of those around them, for the better.

Though I wouldn’t call this author a master at suspense, she has some potential. Her skills in the area are limited and the result is an intense suspense that really puts you on the edge of your seat. However, the reason for the suspense isn’t completely believable, it could probably happen, but I feel it could’ve been a better topic.

The author is Australian as well and all of her books are set in Australia. She uses their slang and words and it was kinda fun to decipher the differences between her slang and mine. It was also fun to imagine an Australian accent on every character.

Overall, this book was entertaining and an enjoyable read. The author has a lot of potential and I look forward to reading more from her. It’s perfect for those who like their romances just a tad but different and unique. I give this book a three and a half out of five.

I received this complimentary copy of the this book from the publisher and the Bookcrash program for this review. All opinions expressed are my own.